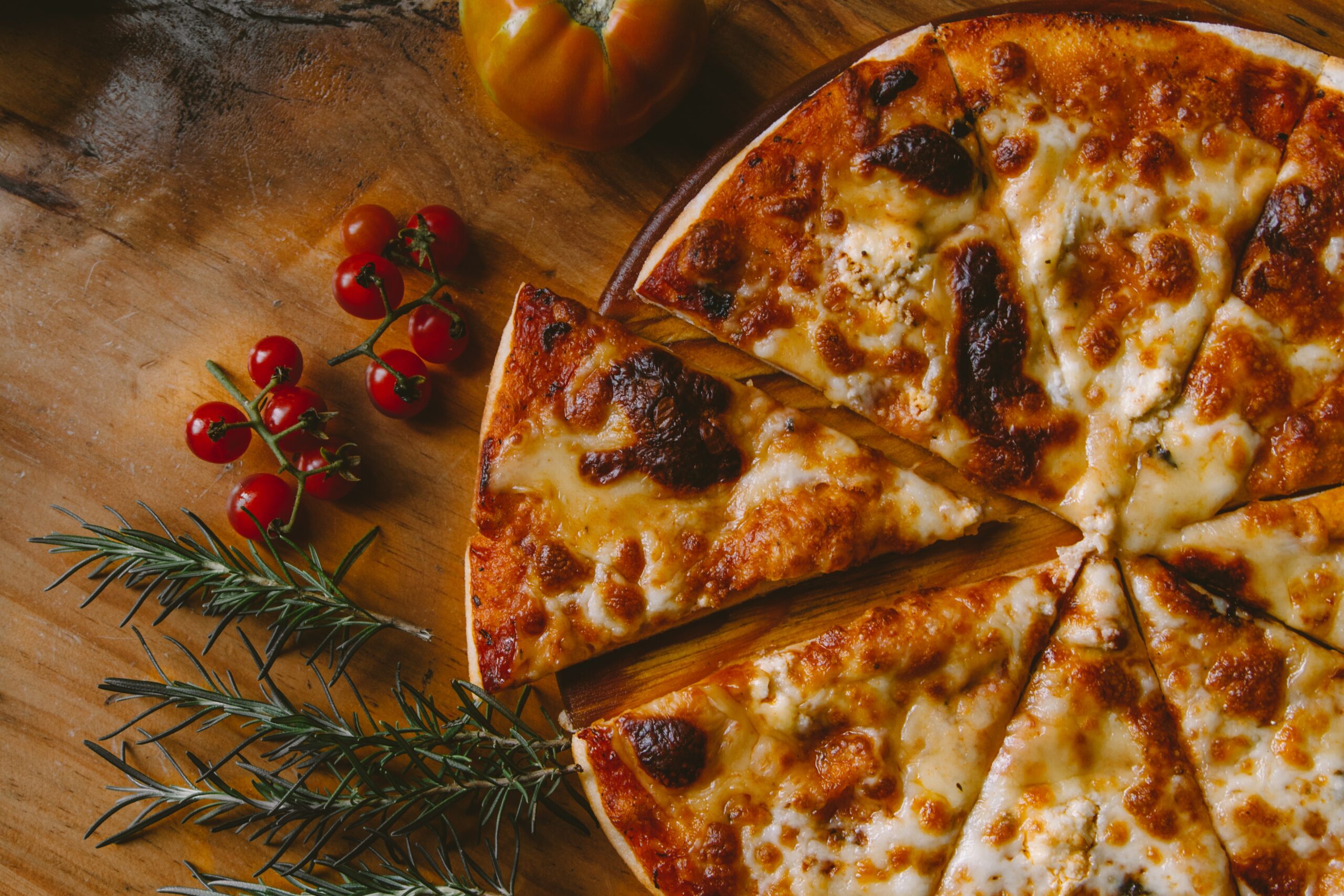 Pizza is one of the famous and favorite foods of many people, and it is distinguished by its delicious taste and its multiple flavors. In this article, we will learn how to make pizza in detail.

How to make pizza dough

Two (2) tablespoons of sugar.
Two (2) teaspoons of salt.
One (1) tablespoon of yeast.
A quarter cup of olive oil.
4 cups of flour.
warm water.

Add yeast to the water and leave it for 5 minutes.
Add salt, sugar, and oil to the mixture, and mix well.
Add the cups of flour to the mixture, and continue to mix the mixture well until the mixture becomes cohesive.
Transfer the dough to another bowl after you grease the other bowl with oil to prevent sticking.
Cover the bowl and put it in a warm place for one hour.
Take out the dough and knead it by hand once or twice before use.
How to make pizza sauce

A can of tomato paste (800 g).
Finely chopped onion.
A clove of garlic, peeled and minced.
3-4 leaves of fresh basil.
One (1) teaspoon of dried spices (thyme or other).
Pinch of salt.
Ground black pepper.
Two (2) tablespoons of olive oil.

Add olive oil to a pot and put it on medium heat.
Add the chopped onions to the oil and stir until the onions are translucent.
Add chopped garlic and stir until golden.
Then, empty the can of tomato paste into the bowl.
Continue to cook the mixture over low heat.
Add to the mixture black pepper and salt to taste.
Then add basil leaves and dried spices to taste as well.
Continue cooking the mixture, stirring constantly, for 15 minutes.
It can be used directly or put in the refrigerator for later use.

How to make vegetable pizza

After preparing the dough according to the previous method, spread the dough in a special tray to be placed in the oven later.
After preparing the sauce according to the previous method, spread the sauce over the dough evenly.
Put the diced tomatoes distributed evenly, and then distribute the onions and green peppers.
Then, mushrooms and black olives are distributed.
Sprinkle a little shredded cheese on the pizza.
Place the tray in the oven at the highest temperature, on the middle rack, for 10-15 minutes, until the dough rises and the edges start to turn red.
The tray is taken out and the rest of the cheese is placed on it, and then it is reinserted for 3 minutes until the cheese melts.